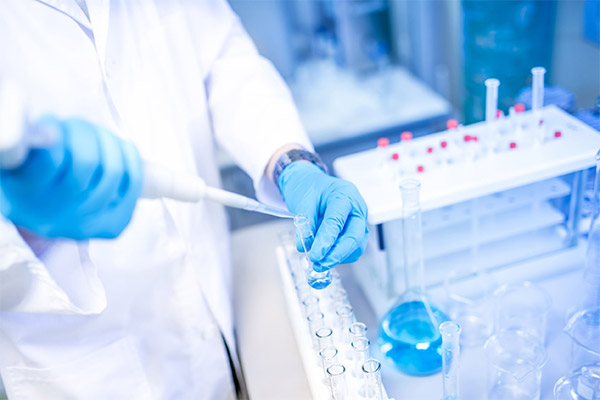 Celavie Biosciences is a privately-held company whose mission is to improve lives and restore hope by advancing regenerative stem cell therapies for the treatment of Parkinson’s disease and other disorders of the central nervous system (CNS).

Our mission is to deliver effective new restorative treatments for degenerative diseases like Parkinson’s disease and other disabling disorders for which there are no cures. 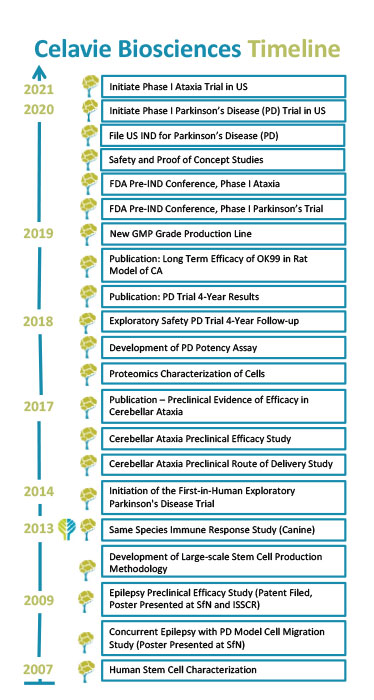 Our scientists explore therapies that use undifferentiated allogeneic pluripotent stem cells to repair damaged tissues and restore their functions.

The foundational theory of Celavie technology is that undifferentiated stem cells are able to react to the micro-environment into which they are injected and mature into multiple cell types dictated by their new surroundings. Unlike commonly used pre-differentiated cells, this would allow our undifferentiated cells to address diseases with complex multifactorial deficiencies in their entirety.

Our goal is to develop cells that are hypo-immunogenic and do not cause tumors. Unlike embryonic stem cells, OK99 cells have not produced tumors when implanted into immunodeficient rats. An equine open label study with 400 cases treated did not reveal any tumor formation during a three-year follow up. A first-in-human Exploratory Pilot Clinical Study carried out in Mexico City with permission of COFEPRIS (Mexico’s FDA) has completed its five year follow up. This study on seven patients has not revealed any lasting adverse events or complications over a period of more than five years. Application to FDA to perform a larger double-blinded, randomized, placebo controlled trial in US is in progress.

Changing the Paradigm of Regenerative Medicine and Stem Cell Technology

Annual cost of Parkinson’s disease in US

Source: Parkinson’s Association of the Rockies